What Drugs Does the 10 Panel Drug Test Include?

The 10 panel urine drug test tests for 10 commonly abused drugs. We will provide a
brief breakdown of what each drug is, and how it is misused.

1. Amphetamines: Testing positive could indicate illegal use of stimulants such as Adderall, Ritalin, and other prescribed stimulants. A positive test could also indicate use of common street drugs including ephedrine, ecstasy, crystal meth, and STP. However, ensure that the employee has a prescription for a stimulant such as Adderall, as it is becoming more often prescribed.

2. Barbiturates: Testing positive could indicate illegal use of prescribed drugs including Amytal, Nembutal, and Secobarbital. However, Barbiturate street drugs are rarely used anymore due to the discovery of benzodiazepines. If an employee tests positive for this class of drugs, ensure that they have a true prescription before accusing them of illegal use.

3. Cocaine: Cocaine has no prescribed use and is a very popular and common street drug. Depending on the levels of detection and the time of the testing, you can easily hire a cocaine or crack addict who tested negative on the drug test. Cocaine only stays in someone’s system for about 24 hours, or up to 48 hours for heavy users.

4. Cannabinoids: Cannabinoids include all cannabis related products, such as CBD, THC, and CBC. This is the most common drug test, and reports use of marijuana. Marijuana stays in someone’s system the longest at around 30 days, so it is likely to show up on a drug test. With the constantly changing regulations of Marijuana, it is up to you as the employer to decide how strict your company is regarding its use.

5. Methaqualone: A positive test for Methaqualone is rare these days. Quaaludes haven’t been produced for decades and are virtually nonexistent on the streets. The United States stopped manufacturing Quaaludes in 1982. Someone who tests positive for these would have to be buying them from an underground lab.

6. Opiates: Opiates are one of the most likely drugs to show positive on a drug test, as there are numerous medical uses for opiates. However, opiates are also commonly abused. Codeine, morphine, heroin, oxytocin, and hydrocodone all fall into this category of drugs. Make sure your employee is on a prescription for these drugs if they test positive.

7. Phencyclidine: Phencyclidine is a common street drug known as PCP. There is no prescribed or medical use for this drug. PCP is a mind-altering drug that causes hallucinations and has neurotoxic side effects. Be wary of a potential candidate that tests positive for PCP.

8. Benzodiazepines: Testing positive for Benzodiazepines is very likely, as this drug class has extensive medical uses for various disorders. Drugs including Xanax, Klonopin, Valium, Ativan, Lorazepam, and Restoril are all common benzodiazepines used to treat general anxiety disorders, insomnia, phobias, and panic disorders. These drugs are commonly prescribed, but also easy to find on the street. If a potential employee tests positive, ask to see their prescription to find if they are using Benzodiazepines legally.

9. Methadone: Methadone is used to treat heroin, morphine, or opioid addiction. By law, only a SAMHSA certified treatment program can dispense Methadone, and patients receiving Methadone must receive the medication under the supervision of a practitioner.

10. Propoxyphene: Propoxyphene is a specific type of opioid that wouldn’t show up
in a standard opiate screen. It can be used as a local anesthetic, painkiller, and
cough suppressant. This drug is now banned in the United States, but was once
available as Darvon and found in Darvocet. There are no current prescriptions
containing Propoxyphene.

What does Ambien show up as on a drug screen?

Does Xanax and Ambien show up the same on a drug test?

Does Zolpidem show up on a drug screen?

How long does Marijuana stay in your system?
Does Adderall show up on a drug test?

Yes, it shows up as an Amphetamine. It stays in your urine 24 – 48 hours after your last dose.

How do I schedule a drug screen on an applicant? 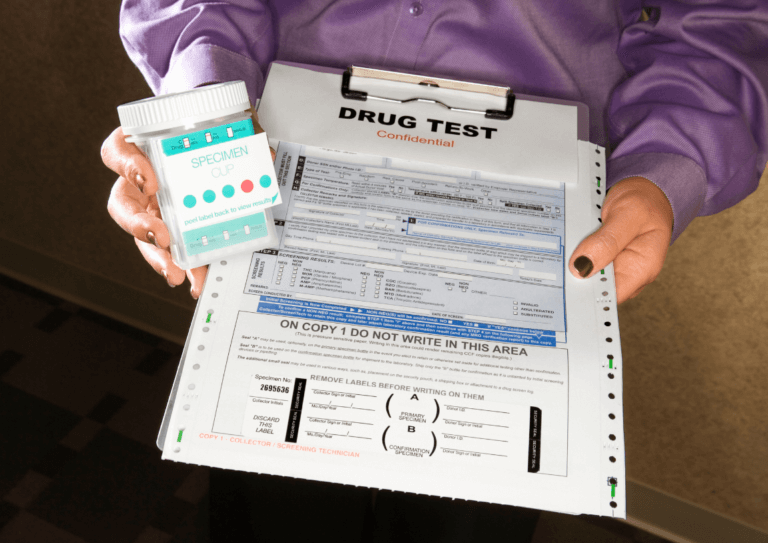